Even though his parents, as all parents used to say to their kids, “Don’t smoke, it’s bad for you”, Dave still smoked. After some time he knew that smoking was going to affect his health especially as his father later died from a smoking related disease. And so began his journey to Quit Smoking!

After many attempts at trying to quit and becoming totally frustrated by his failings, he used the power of Hypnosis to quit. Dave had many reasons to quit but none of the reasons seemed to work for him.  He tried quitting for his health, because of the smell, it was becoming anti social etc, until one day he found his drive to quit! The reason was money! The bonus was his health and not ending up like his father who died of a smoking related disease.

After he saw the power of hypnosis and how his own mind created his reality, he started his journey of studying the power of Hypnosis. Dave is now a Qualified Clinical Hypnotherapist with an Advanced Diploma of Hypnotherapy.

Dave has had the privilege of assisting thousands of people in Perth and Internationally with Quitting Smoking and many other bad habits, such as Alcohol, Drugs, Gambling, Fears and Phobias.

Through his own life experiences and qualifications, Dave can help you too!

Dave is down to earth and really does understand your struggles with cigarettes. However from his own failings he can help you short cut your struggles using Hypnotherapy and have you succeed very quickly to be a non smoker for life. 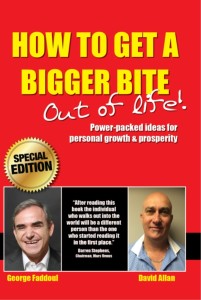 Dave Allan – Addiction Freedom Fighter and Specialist Quit Smoking Hypnotherapist, is affectionately called the “Freedom Fighter” among many happy and satisfied “quitters” and is your ally in your fight to free yourself from your addictions.

He is a dedicated Vitality Success Consultant and committed Quit Coach, is a published author and has co-authored the highly acclaimed How To Get A Bigger Bite Out Of Life – a guide book to changing your perceptions of life.

Not only has he worked with addictions at a professional level, he has also assisted family and friends in their fight to freedom from addiction, and knows through first hand experience, what is required to take control of your life and change your habits.

In 2015 I had been experiencing several episodes of sleep walking over several weeks or possibly months. I did a number of things but the absolutely worst event was when I actually drove my car whilst asleep! I visited Dave – just one visit – he put me under hypnosis. I am very pleased and relieved to say that I have not had a single episode of sleep walking since in 2 years. Hypnosis really worked!  So very happy with this result.

Beginning of November 2014 I decided to try Hypno-Band for Weight Loss as I had been struggling with my weight for the past 8 years. I have lost 18.5 kilos and still enjoying it. I would highly recommend the Hypno-Band as it has changed my life… I can’t wait to kick the next 15 kilos for good and reach my Goal Weight.

This MP3 is a very basic introduction to Hypnosis & will give you a very simple idea of what the state of hypnosis may feel like for you. At the very least it will help you relax, unwind, destress.

Latest From Our Blog